Star of Hulu's new release Reservation Dogs, D'Pharoh Woonatai, with hair by Philip Carreon, is featured in Vogue this week. 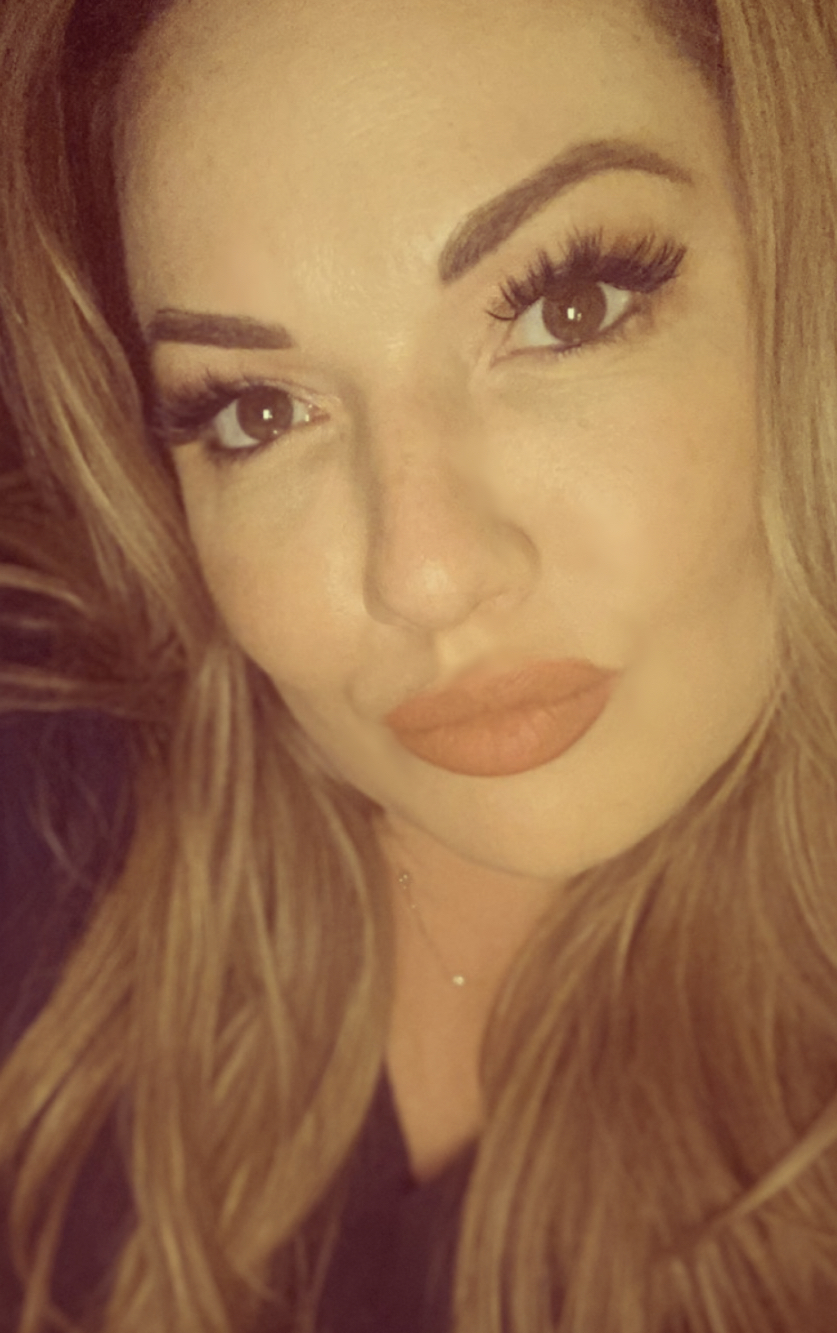 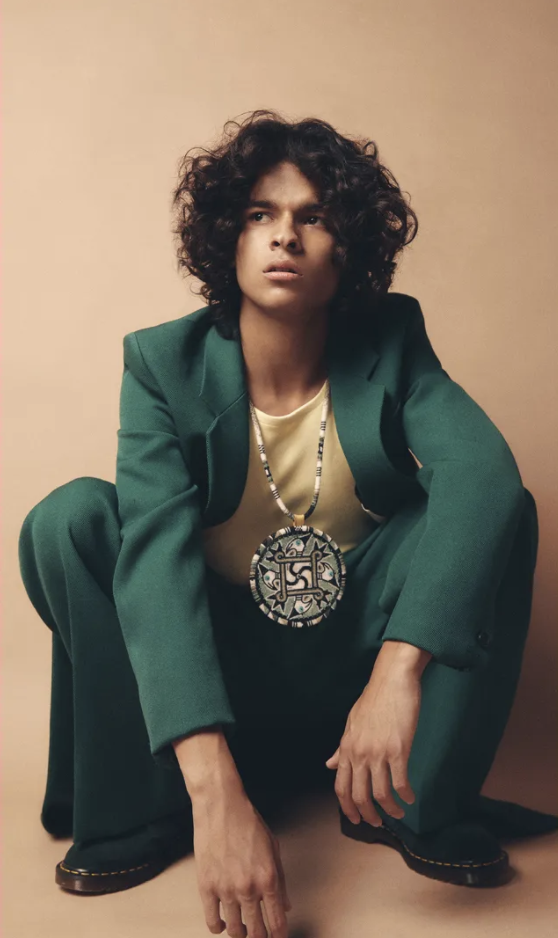 In his new FX series, Reservation Dogs, actor D’Pharaoh Woon-A-Tai portrays a young Indigenous teen who longs to flee his reservation in rural Oklahoma in search of bigger and better opportunities. In more ways than one, it’s a story that mimics his own career trajectory: Woon-A-Tai, who is Oji-Cree, is from Toronto and now making it big as one of Hollywood’s freshest faces (alongside his four young costars Devery Jacobs, Paulina Alexis, and Lane Factor). During the press tour for his new series—which is the brainchild of filmmakers Taika Waititi and Sterlin Harjo—Woon-A-Tai used his fashion choices to bring things back home. With the help of his stylist, Avo Yermagyan, he proudly championed his Indigenous culture by sporting his traditional pieces and highlighting emerging designers.

“I have always been a fan of fashion, and to be given the chance to tell my story through clothes has been a dream come true,” says Woon-A-Tai of his stylish press tour outfits. “Avo found interesting ways of incorporating medallions and Indigenous designers into almost all the press looks.” It was important for the star to reflect his heritage through his fashion choices: He says he recognizes how something like a red carpet or panel appearance gives a major platform to underrepresented talent. “I wanted to take this opportunity of collaborating with Avo to support my people and showcase our beautiful culture through intentional and meaningful style choices,” he says. For Yermagyan, styling the star was also an exciting challenge to find a balance between the traditional and modern. “I wanted to honor his Indigenous culture, while still showing that he has limitless personal style,” says Yermagyan. “His pure nature, moving presence, and youthful optimism give him a fearless edge when it comes to fashion. I wanted to celebrate that free spirit in his styling.”

To do so, Yermagyan incorporated special touches to Woon-A-Tai’s looks that nodded to his Indigenous roots. “He was so excited to share up-and-coming Indigenous brands with me,” says Yermagyan. One such brand is the Brooklyn-based, Indigenous-owned label Emme Studios. Woon-A-Tai wore designer Korina Emmerich’s graphic Diorite coat for a press shoot, and Yermagyan paired it with a Versace top and trousers. In other press looks, the stylist pulled tailoring fresh off the runway, including a teal two-piece suit from Ami Paris, an all-leather suit from Dolce & Gabbana, and a groovy, squiggly-print two piece outfit from Mans Concept. “I have so many favorite looks that we did together for this press tour,” says Yermagyan. “The [leather suit by] Versace was special to me: It had an unexpected edge to it, especially with the addition of the yellow gold choker necklace.”

Yermagyan also accessorized Woon-A-Tai’s sleek suits with family heirlooms, including his grandfather’s mukluk boots and one-of-a-kind beaded medallion necklaces. “I loved incorporating his own beaded necklaces into his looks,” says Yermagyan. “I styled entire looks based on the intricate beaded patterns of his necklaces.” A green-and-white beaded necklace worn with his Ami Paris suit, for instance, was made by Rainy Dawn Ortiz (the daughter of Joy Harjo, the current U.S. poet laureate). “It’s a four-directions symbol with four ivory, billed woodpeckers, which were considered war birds in the Southeast,” says Woon-A-Tai. “The image was originally found on a shell.”

Another beaded medallion necklace—worn with a Dolce and Gabbana suit—has two tie-ins to his time on Reservation Dogs. Not only does it feature his character’s name, Bear, but it was also made by his costar Paulina Alexis’s cousin, Shaneesa Aginas, an Indigenous beadwork artist. “It was an honor for me to learn about his culture and the work of Indigenous artists,” says Yermagyan of these special items. “He showed me how to handle them with reverence and special care.”

Below, a closer look at all of Woon-A-Tai’s press tour looks. 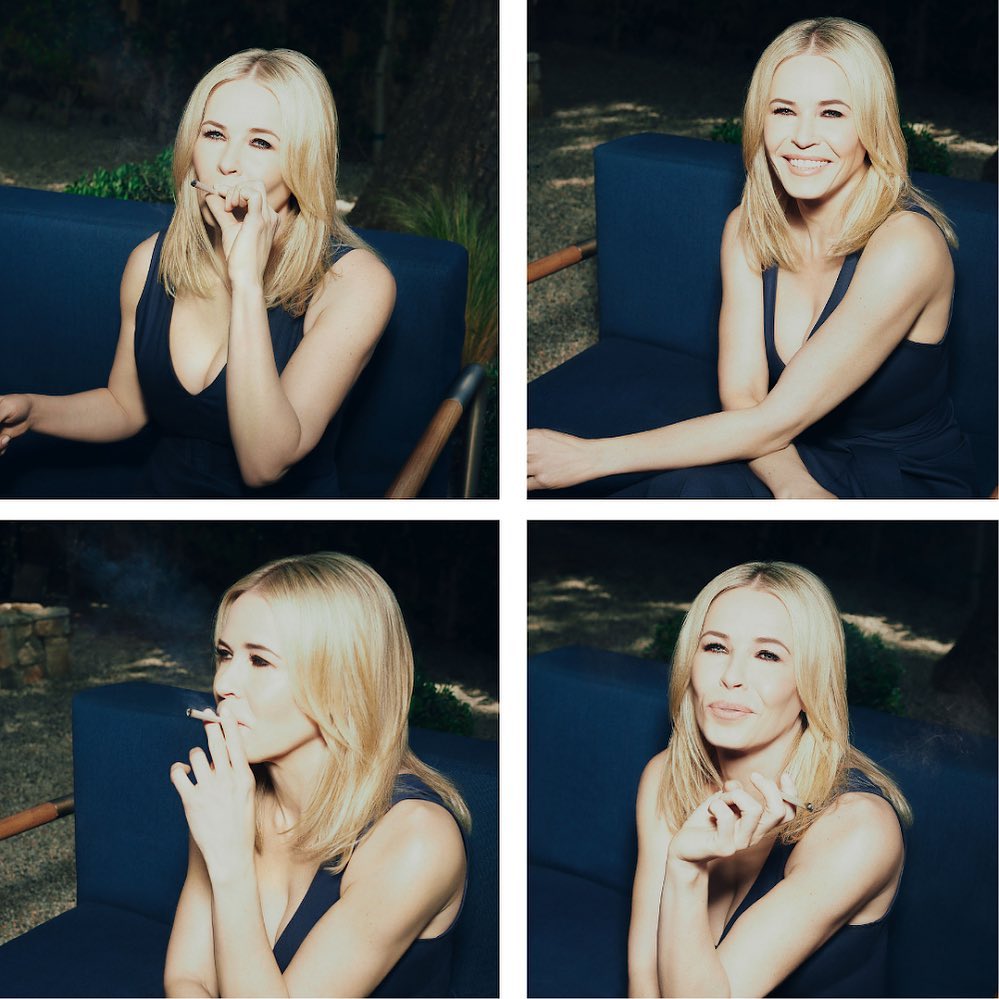 Chelsea Handler appeared in Story+Rain styled by our oh so talented Molly Levin. Story+Rain is a News, Media & New Fashion Magazine For Digital Arts + Entertainment.Check out her looks and listen to the exclusive podcast interview she gave with them. 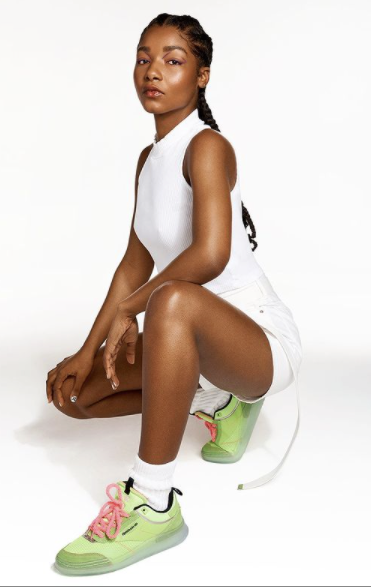 Daniel Moon's trail-blazing approach to hair uses palettes of bright colors to blend one-of-a-kind hairstyles. Reebok hired him to collaborate on a Club C Legacy and a pair of Classic Leather Legacy Shoes that dropped in July and end of August you can buy his Bright Classic Leather and Club C 85 Refresh shoes. Cant wait!